The Effects of Alcoholism on Fertility & Pregnancy

There is an increasing amount of evidence available on the internet about alcoholism and conception, but why does alcohol reduce your chance of having a baby and how much is too much or is abstinence necessary when you are trying to conceive?

The Chief Medical Officers’ alcohol unit guideline does not have specific advice on the effects of alcohol on fertility.  However, they do have specific guidelines for those trying to conceive.  It is recommended that women trying to have a baby or pregnant women, should not drink alcohol at all to keep health risks to the baby as low as possible. The major risk of drinking while trying to conceive is that you may actually  be in the early stages of pregnancy and not realize it.

Recent reviews have shown that the risks of low birth weight, preterm birth, and being small for gestational age all may increase in mothers drinking above one to two units of alcohol per day during pregnancy. Women who want to reduce that risk need to be particularly careful not to drink more than they intended to. Mothers with post-natal depression or those who lack support can be more likely to underestimate how much alcohol they have consumed. The safest option, of course, is not to drink alcohol at all during pregnancy.

If you are already pregnant and drank only small amounts of alcohol in the early stages of pregnancy, the risk of harm to your baby is low. However, if you are worried, you should talk to your GP or midwife.

Drinking alcohol during pregnancy can lead to long-term health problems for the baby, such as Foetal Alcohol Syndrome (FAS). This is why the UK Chief Medical Officers’ (CMO) alcohol unit guideline advice to pregnant women is that the safest approach is not to drink alcohol at all during pregnancy. 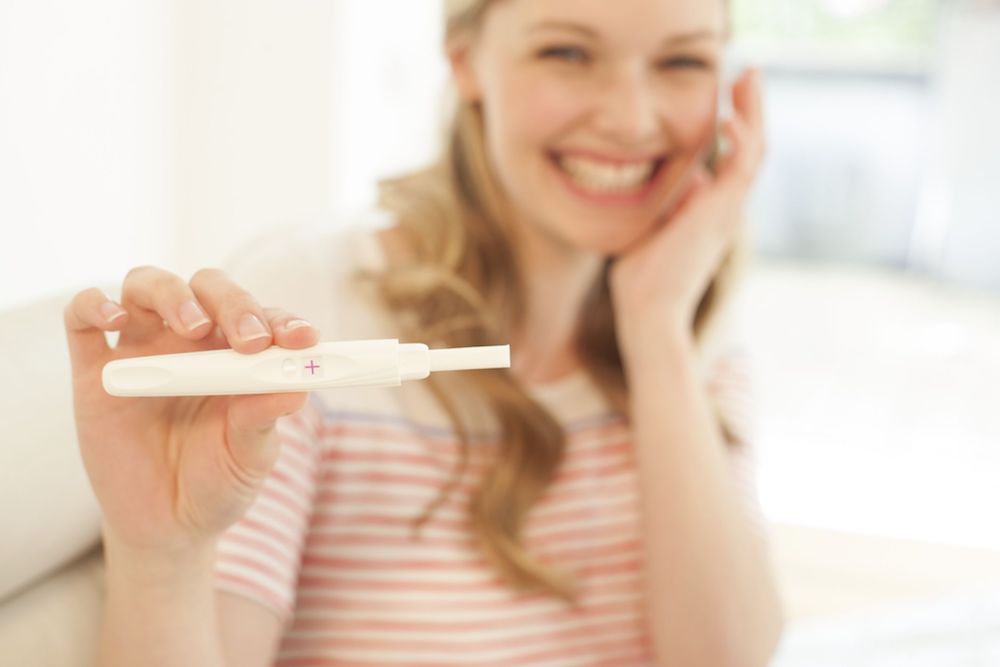 Alcohol doesn’t only cause problems after you’re pregnant; it can also make women less fertile. Dr Anthony Rutherford, a consultant in reproductive medicine and Chair of the British Fertility Society has stated that, “There is a link between drinking and fertility, although exactly how alcohol makes women less fertile isn’t understood clearly. Many studies have shown that even drinking lightly can have an effect.” One study showed that  drinking between one and five drinks a week can reduce a women’s chance of conceiving, and 10 drinks or more decreases the likelihood of conception even further1.

Regularly drinking more than is suggested in the low-risk guidelines can increase the risk of miscarriage.

The National Institute for Health and Clinical Excellence (NICE) advises that the risks of miscarriage in the first three months of pregnancy mean that it is particularly important for women not to drink alcohol at all during that period. However, it is important to understand that drinking alcohol carries risks throughout the whole pregnancy, not only for the first three months. 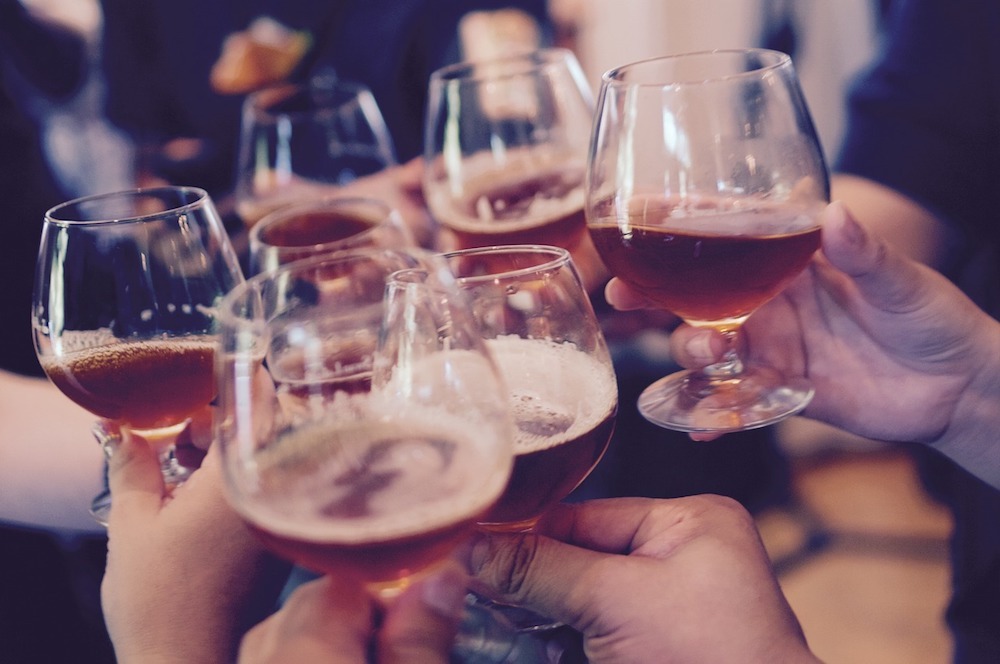 Alcohol’s Effect on the Development of an Unborn Baby

When you drink, the alcohol crosses from your bloodstream through the placenta directly into your baby’s blood. Because the baby is still developing, it is not able to process the alcohol, and this can cause it harm.

The potential harms of drinking to a developing baby can depend on the point during pregnancy at which alcohol is consumed. However, alcohol can have a harmful effect on your baby’s development at any stage. Therefore, it is important to stick to the guidelines  throughout pregnancy and avoid alcohol all together.

Evidence suggests that diet is also important, with poor maternal nutrition increasing the risk of harm to the unborn baby. A healthy, balanced meal is so important for both mother and baby. 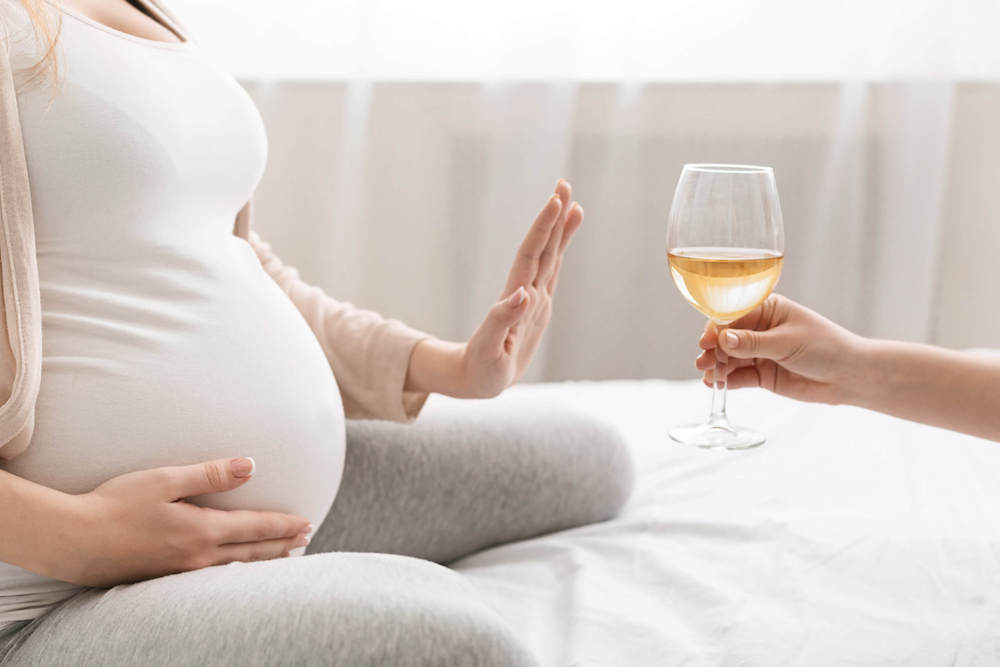 Drinking Alcohol While Pregnant Could Affect Your Baby’s Health

The more you drink, the greater the risk you are taking with your baby’s health.

Drinking at any stage during pregnancy can lead to miscarriage, stillbirth, premature birth, small birth weight and Foetal Alcohol Spectrum Disorder (FASD). FASD is the term used to describe abnormalities resulting from a foetus’s exposure to alcohol, including Foetal Alcohol Syndrome (FAS).

Foetal Alcohol Syndrome (FAS) is a preventable, very serious, lifelong condition which is caused by drinking alcohol during pregnancy. It affects the way a baby’s brain develops.

Children with FAS have problems with brain development, abnormal growth, and have characteristic facial features that result from exposure to alcohol in the womb.

If You Are Trying to Conceive

Official guidance advises that if you are trying to have a baby, you should stop drinking. This is to protect the baby in case you are pregnant and don’t realise it.  If you are worried about how much you have been drinking in the early stages of pregnancy, you should talk to your GP or midwife right away.

Advice for Staying Sober While Pregnant 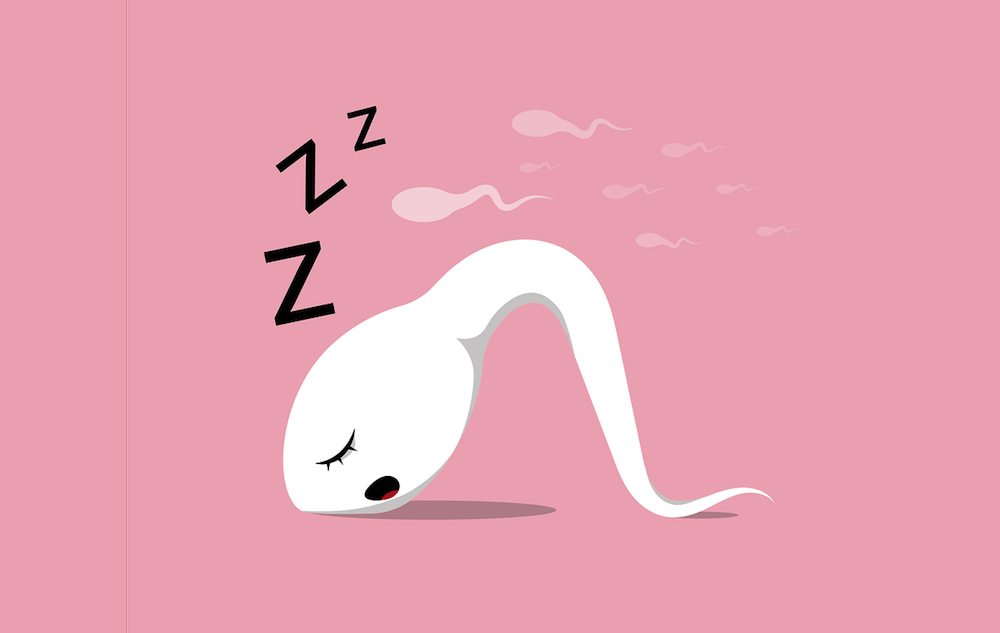 A Note for Men…

It isn’t just female fertility that is affected by alcohol. Dr Patrick O’Brien, spokesperson for the Royal College of Obstetricians and Gynaecologists, says: “Excessive alcohol lowers testosterone levels and sperm quality and quantity in men. It can also reduce libido, and cause impotence.”

If a man drinks heavily it can greatly reduce a couple’s chances of conceiving. However, if a man reduces his alcohol intake, these effects can be quickly reversed.

A further factor regarding men and alcoholism is the quality of the relationship between an alcoholic male and female partner. If you are in a relationship where your male partner is drinking excessively, ask yourself if your relationship is one that is suitable for a child to be born into. If you answer this question honestly, the answer is most likely to be no. Alcoholism is known to be a progressive disorder, which almost always gets worse, and never better without help. Take a look at our residential programs and get in touch if you believe your partner needs professional help. We are also able to help arrange an intervention if your partner does not want to admit that there is a problem. If you are able to talk openly with your partner, you may also want to suggest that he takes our online self-assessment.

To talk to one of our team members, contact us on WhatsApp or by Phone. Alternatively, send us an email and we will either answer your questions in writing or call you back, according to your preference: Contact Us.

We understand how difficult it can be to reach out for help for yourself or for a loved one, but it is the first step towards recovery and a happier, healthier way of living.