If you are in recovery and have some sober time behind you, you may start to question why you need to continue to abstain from alcohol. It’s not uncommon to think that now you have ‘dried out’ you can return to drinking in a more controlled manner. This might sound like the ideal, dream scenario, especially if you still hold positive associations with your drinking days.

While there are people that can go back to casual drinking after a period of sobriety, most people that have succeeded in doing so were perhaps not alcoholic in the first place. To get back to casual drinking, one needs to be able to exhibit control over their drinking. This is something that alcoholics and addicts cannot accomplish. If you are truly an alcoholic the answer to whether or not you can control your drinking moving forward is “no” – abstinence is the only solution. 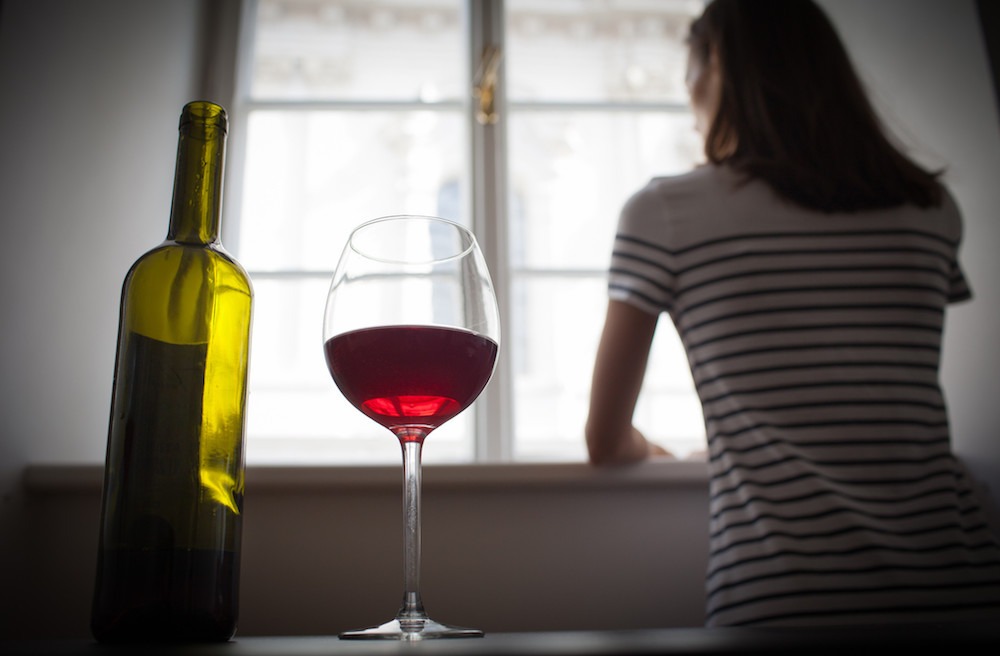 Alcoholism is an addiction. It is a chronic disease, which by definition is an illness that does not go away. In order for someone to be able to drink in moderation, they cannot have an addiction.

Not everyone who drinks in excess or abuses alcohol has alcoholism. Not everyone who seeks treatment for their drinking is an alcoholic. Someone who abuses alcohol simply drinks too much, but ultimately they are able to stop or cut down their drinking if they want to. These are the people who quit drinking, sometimes for a long time, and then go back to social drinking without a problem. However, these people do not have an addiction to alcohol.

An alcoholic is someone who has become dependent on alcohol and continues to drink despite negative consequences. They engage in compulsive drinking and are unable to control it, even if they hurt themselves or others. They may be able to go without for a few days or a week or more, but inevitably when they do drink, they cannot say with certainty if and when they will stop. This type of drinking is called “binge drinking.” They cannot stop drinking, even if they want to.

Abstinence refers to complete restraint from alcoholic beverages. Drinking in moderation means moderating, or controlling, your drinking. Someone who has an addiction to alcohol has lost their ability to control their drinking and therefore cannot engage in moderate drinking.

Before seeking treatment for alcoholism, many people try to deal with their alcohol use on their own. They either try to be sober or to cut back the amount they drink. Unfortunately, many people, alcoholic or not, fail at doing so, often multiple times. This in itself is proof that drinking in moderation isn’t possible for everyone. Alcohol, even for those without addiction, is a tough drug to control.

Many people who decide to quit drinking voluntarily choose to abstain from alcohol altogether after becoming sober, even if they are not alcoholics. 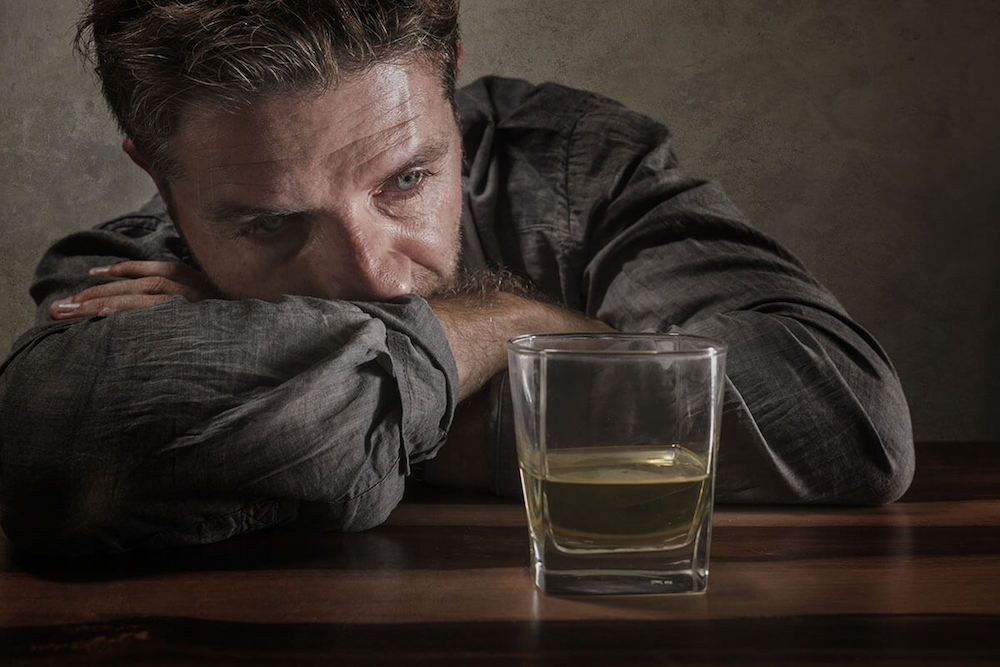 It is tempting, after a period of sobriety, for an alcoholic to think they are suddenly cured. The mind of an alcoholic will play games on itself, with illusions of power and selective memory. Even after not drinking for just a short period, it is easy for an alcoholic to forget the negative consequences of their alcohol use. The hangovers, the embarrassing situations, the financial cost and even the broken relationships and career consequences don’t seem like a big deal.

When an alcoholic first gets sober, they will often feel a sudden surge of confidence. They will congratulate themselves on not drinking and feel on top of the world. There is a danger in this period that the alcoholic will think, “Wow! I was actually able to stay away from alcohol. Maybe that means I’m not addicted and can control my drinking after all!” This type of thinking is false and alcoholics need to be extremely wary of it. If you are an alcoholic, you will not be able to go back to casual drinking. Once you start having these thoughts, they are usually a symbol of a relapse on the horizon and you should seek help right away.

One Drink is All it Takes

The problem with alcohol is that it changes your brain chemistry. Perhaps, in that sober moment, you are somewhat more powerful than your addiction. You have the willpower to say no, and you therefore think you have the willpower to stop after one drink. But what happens after that one drink? Alcohol, as we know, lowers your inhibitions and clouds your judgement. Suddenly, the person with willpower no longer exists. The mind has been drugged. That one drink can decrease or remove your willpower altogether.

One Step Forward, Return to the Start

The first part of step one in a 12-step program is admitting that you have an addiction and that you are powerless over it. Powerless means you have no control. You may feel, in certain moments, that you do have control but that is almost always an illusion. By thinking that you are in control of your addiction, you have subsequently entered a period of denial of your addiction. Denial is a core symptom of addiction which tricks many alcoholics into continuous drinking (in denial that they have a problem). 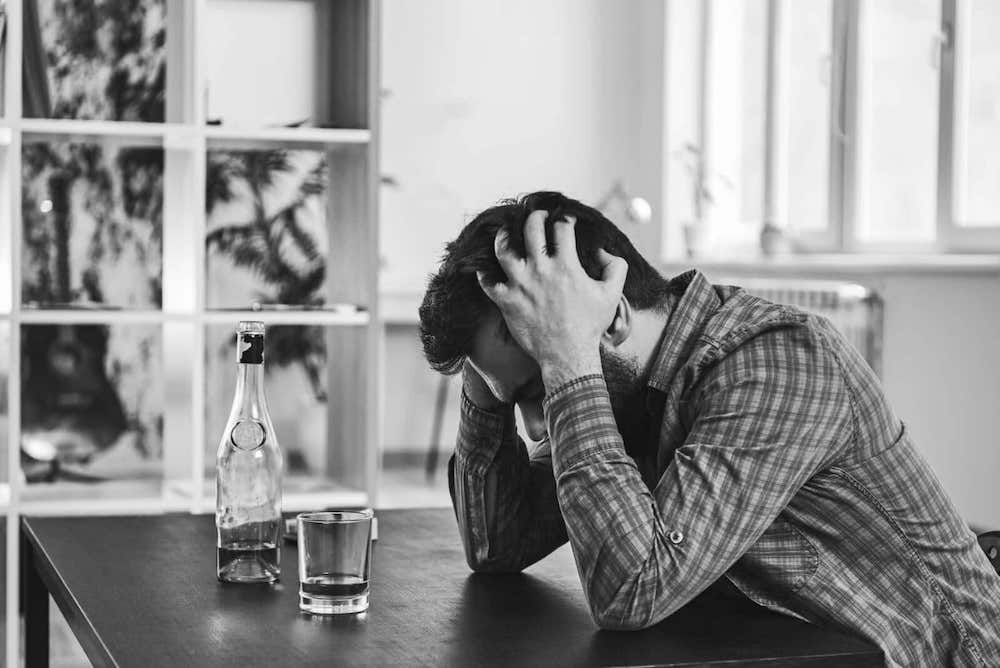 Why Going Back is a Bad Idea

For real alcoholics, trying to moderate their drinking hardly ever works. There are many stories where people have tried, failed and lived to regret it. A few have succeeded in moderating their drinking three, four times in a row. But they are only fooling themselves if they believe that they suddenly have power over their addiction. Even those who successfully kept their drinking casual several times in a row eventually relapse.

It’s important to remember that addiction and alcoholism are progressive diseases. This means that things tend to get worse over time, rarely better. Those who have relapsed due to their own faulty thinking have often said that it was much tougher to deal with their addiction the second time around. So, if you are thinking about attempting some casual and controlled drinking, ask yourself first if it is really a risk worth taking?

While alcoholics will often be subject to cravings, many come to the conclusion that life has improved dramatically since they have been abstinent. They don’t want to consider going back to drinking, even in moderation. There are also many non-alcoholics who attempt casual drinking after a period of sobriety and decide that life is actually better without alcohol in it.

If you find yourself having thoughts about going back to drinking, you should seek help. This could be going to an AA meeting, calling your sponsor, seeing a counsellor or contacting an addiction clinic like The Lighthouse Bali right away. These thoughts are a major symptom of mental relapse – which is almost always followed by a physical relapse (the act of drinking) unless something is changed. 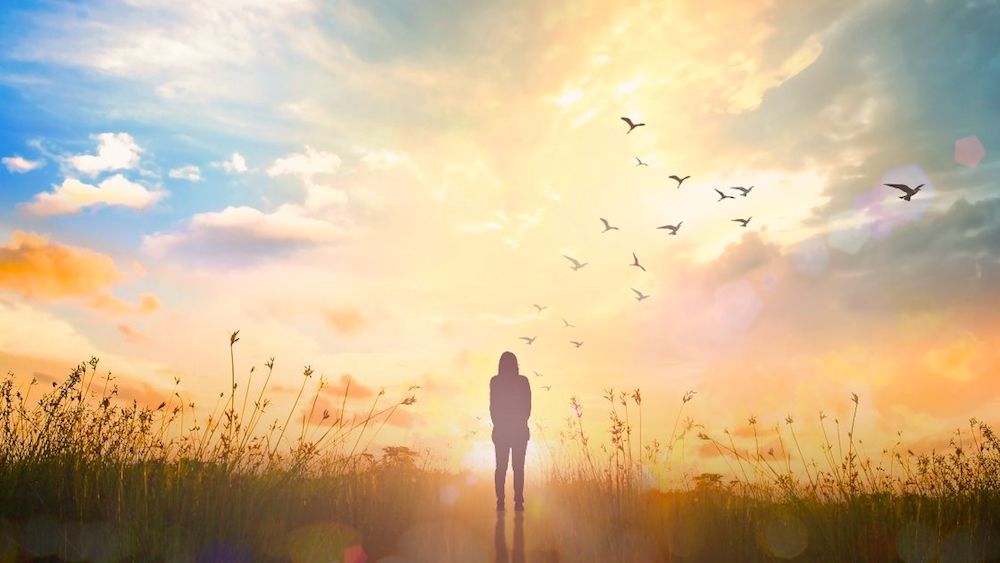 Inpatient Care and Rehab at The Lighthouse Bali

If you are concerned about yourself or a loved one being on the brink of relapse, we urge you to reach out and contact us in confidence. Our private programs are tailor-made to suit individual needs and our doctorate level clinical staff have extensive experience in the field of addiction. If you are not currently in Bali but would like to begin a recovery program immediately, we are able to arrange entry visas for Bali on your behalf.

We understand how difficult it can be to reach out for help but it’s the first step towards a happier, healthier way of living.