Adderall is a prescription stimulant which is most commonly prescribed for those with ADHD (Attention deficit hyperactivity disorder). The effects of Adderall in those without ADHD are similar to Methamphetamine. Because of its potency and relative accessibility, Adderall addiction has become a significant problem in some parts of the world.

Although not everyone who uses Adderall will develop an addiction, people regularly taking Adderall at unprescribed doses are at an elevated risk of becoming addicted. As with most drugs and alcohol, habitual use of Adderall leads to the user developing a tolerance to it and an inability to function normally without it.

Adderall works by increasing dopamine and norepinephrine levels in the central nervous system (CNS). Norepinephrine affects how the brain responds to events, particularly to concentration and the brain’s reaction to outside stimuli. Dopamine is the body’s ‘feel-good’ chemical which creates a rewarding effect.

Although dopamine occurs naturally, drugs like Adderall produce unnaturally high levels of it. This is what causes some users to come back for more, leading to addiction.

The brain of an addicted person is dependent on Adderall to stimulate alertness and productivity. Without Adderall, addicted people will often feel tired and mentally slow or foggy.

Below are symptoms of Adderall addiction: 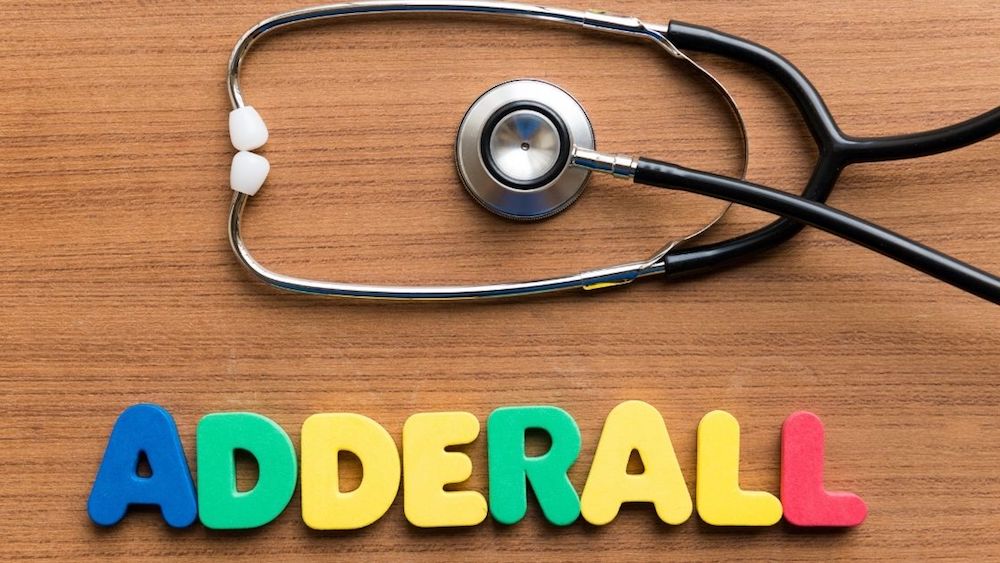 Many people mistakenly believe Adderall is “safe” because it is prescribed by doctors. However, continued abuse of Adderall can lead to long-term side effects and an addiction that can be hard to break.

People abuse Adderall because it produces feelings of confidence, euphoria, increased concentration, and a suppressed appetite. These effects make Adderall a go-to choice for anyone looking for a boost in physical or mental performance.

Taking Adderall without a prescription, or in a way not directed by a doctor, is considered abuse. This includes snorting Adderall pills, crushing and injecting the substance or ingesting large doses to get a stronger effect.

Adderall is abused for many purposes, including:

Although people tend to associate Adderall abuse with high school and college students, many older people also use the drug. There are, however, three categories of individuals that can be identified as the most common abusers of the drug, and those most at risk of becoming Adderall abusers and/or addicts. These are:

Adderall’s ability to help users focus and stay awake for longer than normal makes it attractive to students and working professionals facing ever-increasing demands at school and work. College and university students in particular make up a significant population of those abusing Adderall.

Athletes may abuse Adderall to counter fatigue and enhance performance during practice and in competition. In 2012, Adderall abuse contributed to a record-breaking year of drug-related suspensions in the National Football League in the United States.

People struggling with eating disorders may abuse Adderall because it suppresses the appetite. If someone with an eating disorder becomes addicted to Adderall, they will often require treatment that addresses both issues simultaneously. 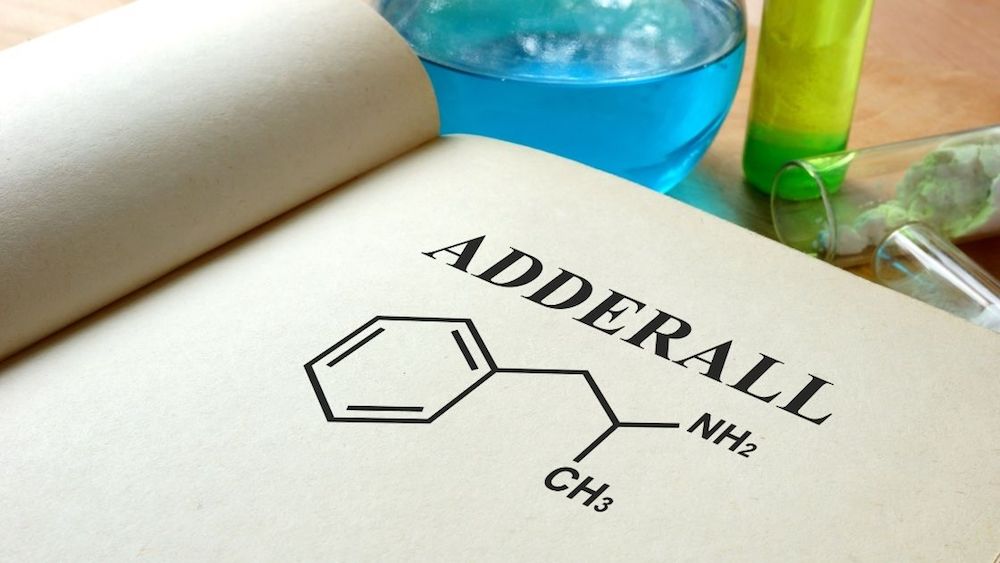 An Adderall dependency is a natural, expected physiological response to the drug. The individual has a physical dependence due to the interaction of the chemicals in the body (even if taken as prescribed) but not a psychological dependence where they are abusing the medication to reach a “high.” They may require assistance from their doctor to get off the medication due to the way the chemicals affect the brain; however, they are not mentally obsessing over or craving Adderall.

An Adderall addiction refers to a person’s physical and/or psychological reliance on Adderall along with a specific set of behaviors. These individuals are usually unable to cope when they stop taking Adderall and will go to great lengths to obtain more of the medication. Use of the drug becomes the main priority of the individual. They often run out of their prescription early due to taking more than prescribed, leaving them in withdrawal from the substance, which results in their going to any length to obtain more of the substance. Obsessive thoughts about Adderall and cravings are also indicators of addictive behavior.

Adderall is a potent stimulant; it can often be difficult to recognize whether someone is abusing the drug or taking it prescribed. People often abuse Adderall to enhance alertness and productivity. They are often motivated individuals that don’t look like a stereotypical drug user. Most often, those who abuse Adderall are students and young professionals.

Tell-tale signs of Adderall abuse may include: 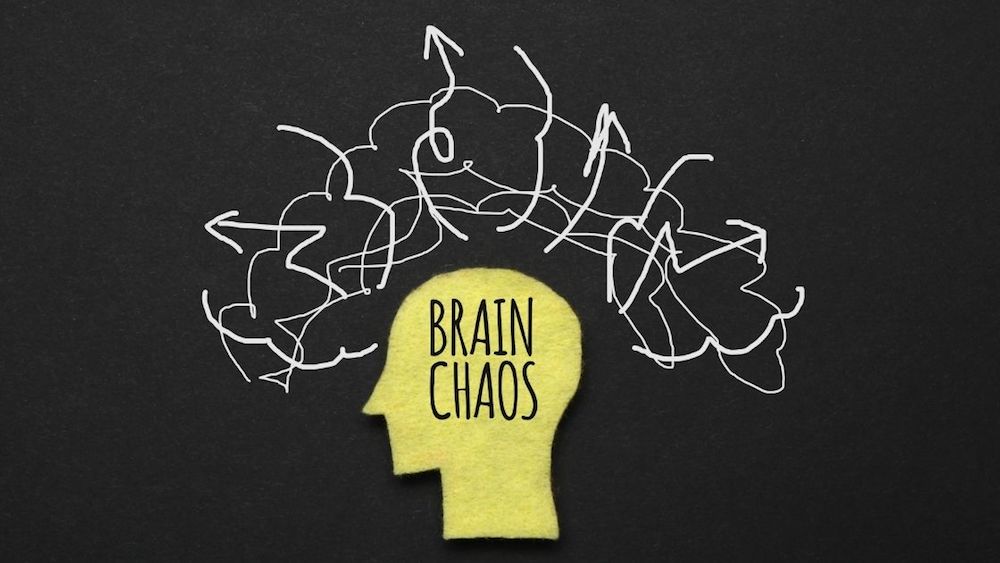 Dangers and Side Effects of Adderall Abuse (Prescription Amphetamines)

Adderall is a strong stimulant that can lead to serious — and potentially deadly — side effects. Overdose is one of the worst side effects of Adderall abuse, which can lead to heart attack, stroke and liver failure. Taking Adderall with other substances, such as alcohol, heighten the risk of a fatal overdose.

Adderall can also cause physical changes in the brain’s neurocircuitry. This can lead to altered behaviors and the development of mental disorders like depression. Some Adderall addicts become suicidal after taking the drug for a prolonged period of time.

Some drug users have even injected Adderall in an attempt to achieve a better “high” by delivering the drug directly into the bloodstream. Injecting the drug may provide a more intense high, but it is also a fast track to a fatal overdose. Athletes taking Adderall have died because their increased blood pressure leads to heat stroke and cardiac arrest. Amphetamines, including Adderall, have been banned by the International Olympic Committee since 1968, due in part to the dangers of these drugs.

Some of the side effects of Adderall abuse may include:

As mentioned above, one of the major issues regarding Adderall addiction is the risk of overdose as addicts begin to take larger doses to achieve the same highs. 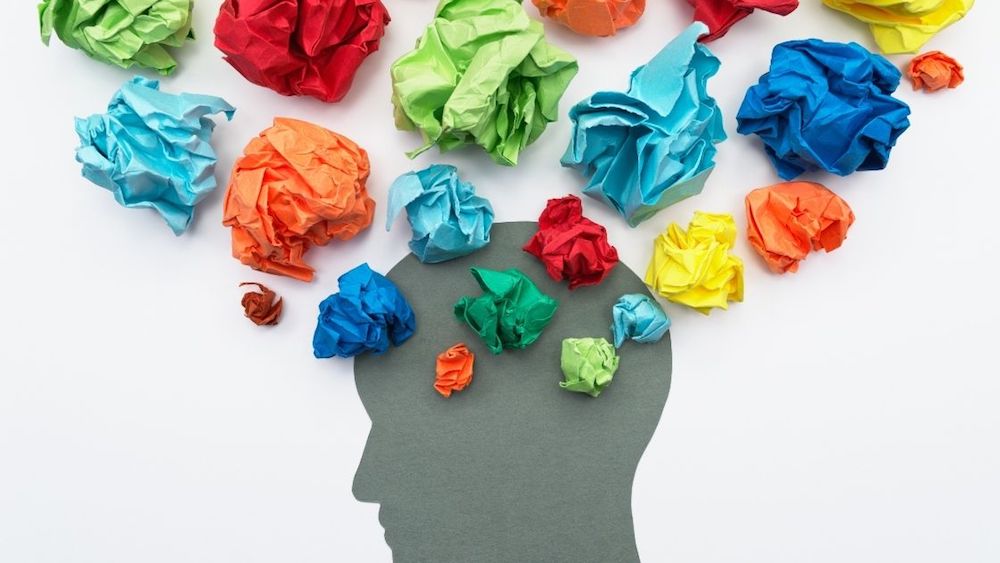 Signs of an Adderall Overdose

Adderall abuse can cause severe health-related problems, including potentially lethal overdose. Signs of an Adderall overdose may include:

The withdrawal symptoms of Adderall can make it hard for users to quit on their own. If someone addicted to Adderall quits “cold turkey,” they will experience effects that are essentially the opposite of the drug’s effects. These symptoms can include fatigue, loss of concentration and an unusually slow heartbeat.

Treatments for Adderall are similar to those available for other drugs at The Lighthouse Bali. Our Primary Inpatient program provides individuals with 24/7 care and an environment free from the normal temptations that led someone to their use disorder in the past. The Lighthouse Bali is one of the only treatment centers in Bali that can offer a medically assisted detox, which is by far the safest and most comfortable way to detox.

People who take large doses of Adderall for prolonged periods of time run the risk of becoming physically dependent on the drug. When this happens, a tolerance builds up, meaning it takes larger and more frequent doses to get the same effects as before.

Those who have a tolerance to Adderall often feel like the drug doesn’t help them concentrate or increase their energy like it did before. However, if they stop taking the drug, they can’t think or function normally.

These are the first stages of withdrawal. Withdrawal usually only affects those who took frequent high doses over an extended period of time.

Adderall withdrawal is a result of the body recalibrating itself to function without the drug. While withdrawal from Adderall is rarely dangerous on its own, it can prompt suicidal thoughts for some. 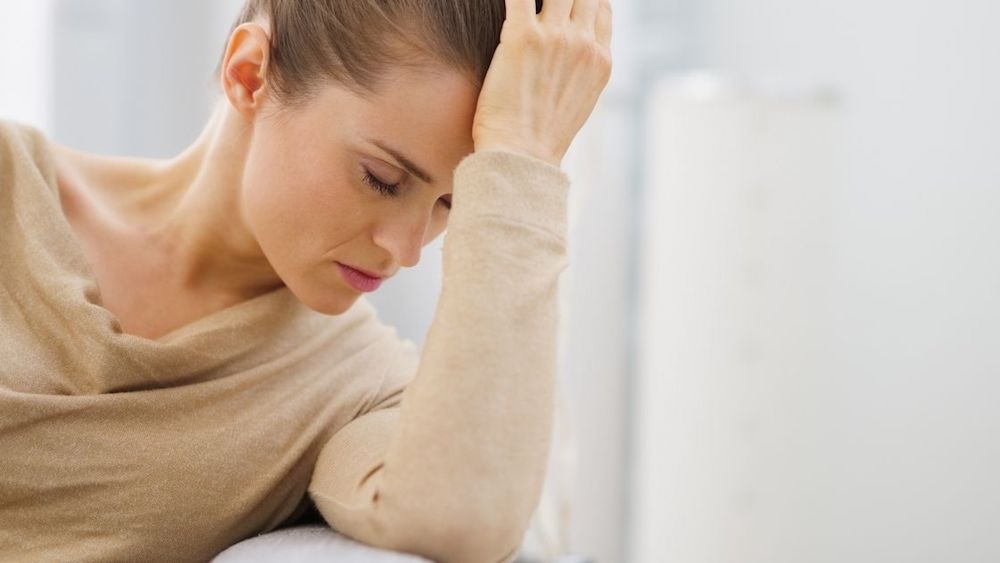 Unsurprisingly, the symptoms of withdrawal from Adderall are essentially the opposite of the drug’s effects. While Adderall increases concentration, euphoria and energy, the crash that follows after someone stops taking the drug results in a reversal of these effects. People who have a higher tolerance for Adderall have a more severe withdrawal.

The duration of withdrawal from Adderall will be different for everyone. Some people may stop experiencing symptoms in as little as five days, whereas it may take three weeks or more for others. 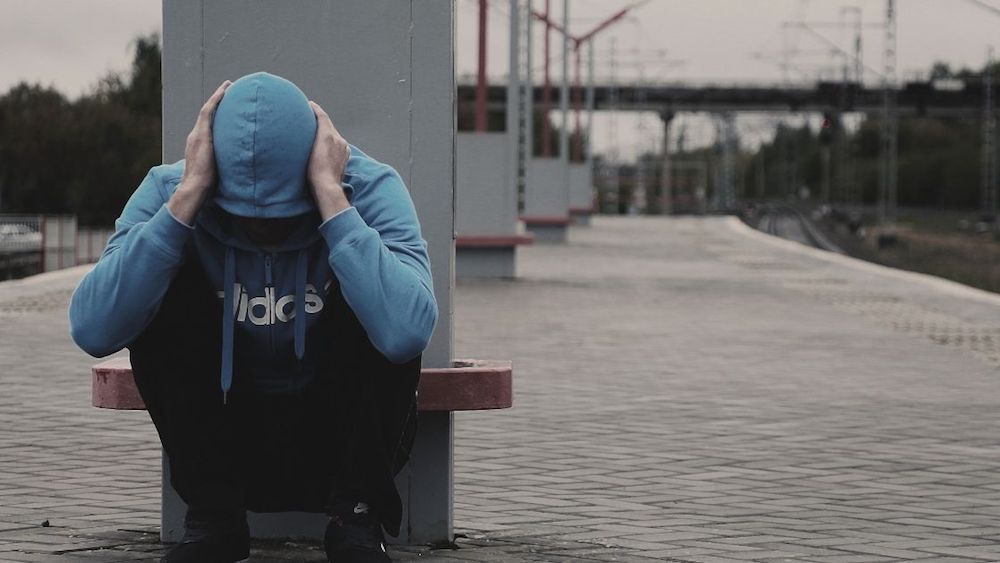 Detoxification is the process of getting a drug out of the user’s system. Once Adderall leaves the body, the symptoms of withdrawal begin. Because these symptoms can make it difficult to function in daily life without a relapse, some people need help during detox.

Adderall detox often involves a tapering down strategy. Gradually reducing a person’s dose over time minimizes the symptoms of withdrawal. Our clinical team and physician work closely with clients to ensure an appropriate schedule of tapering according to the individual’s level and duration of abuse.

Recovering from an Adderall Addiction

Getting through the withdrawal from Adderall is not easy to accomplish alone. A lot of people relapse during the withdrawal period in an effort to put a stop to their symptoms or satiate their cravings. For this reason, it is recommended that Adderall abusers and addicts seek professional care rather than attempting to ‘go it alone’. A comprehensive program which incorporates detox, education, therapy, wellness and relapse prevention planning is important for ensuring long term sobriety.

Recovering from an Adderall addiction is a process of re-learning how to live and function without the drug. The Lighthouse Bali’s Primary Inpatient program provides addicts with the tools they need to succeed not only during the program, but also when they return home. 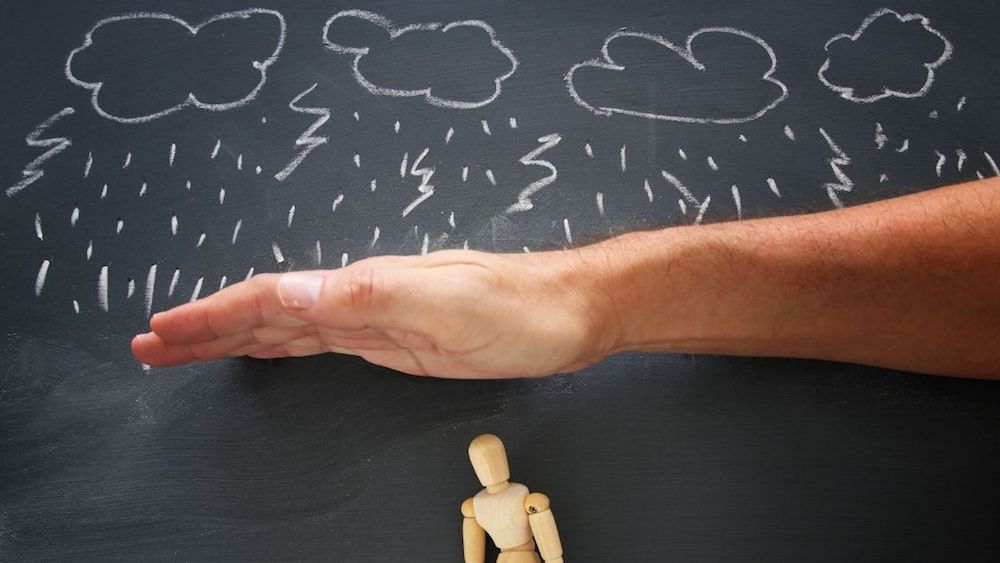 The Lighthouse Bali’s proven combination of an initial Primary Inpatient Program*1  followed by Outpatient Care and Ongoing Therapy has helped Adderall addicts from around the world get their lives back on track. Through individually tailored treatment, professional therapy, and compassionate support, you will be given the tools you need to ensure the best possible chances of a long term recovery.

If you are concerned about yourself or a loved one, we urge you to reach out and contact us in confidence. Our private programs are tailormade to suit individual needs and our doctorate level clinical staff have extensive experience in the field of addiction. If you are not currently in Bali but would like to begin a recovery program immediately, we are able to arrange entry visas for Bali on your behalf.

To talk to one of our team members, contact us on WhatsApp or by Phone. Alternatively, send us an email and we will either answer your questions in writing or call you back, according to your preference – contact us

*1 The duration of Primary Inpatient Programs and Outpatient Care varies according to individual circumstances. Both Inpatient and Outpatient treatment is based around monthly (28 day) increments. As a general guideline we recommend between one to three months Primary Inpatient Programs for Adderall users, followed by one to two months Outpatient Care in Bali, and up to six months of ongoing therapy (by Zoom or Skype from home). The longer you stay in rehab, the better your chances of staying clean when you return home.