Menu
10 Signs You May Be Addicted to Your Prescription Medication 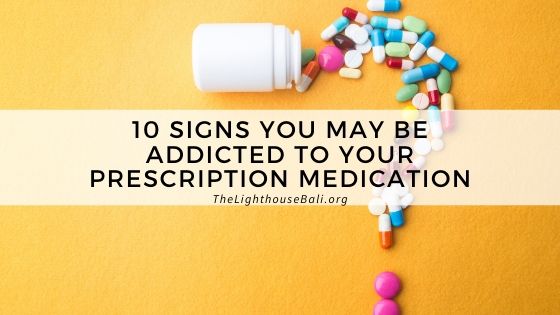 When people think about drug addiction or drug abuse they tend to think about ‘recreational’ drugs and illegal substances such as cocaine, methamphetamine, heroin or crystal meth. However, drug addiction is not limited to these so called ‘street drugs’. Many individuals who take prescription medications often fall victim to abuse and addiction. Simply because the medication is prescribed by a medical professional, the risks of abuse do not go away – addiction and dependence are still very stark realities for many.

Misuse of prescribed medications, especially opioids, central nervous system depressants, sleeping pills and stimulants are a serious public health problem in the United States. In 2017, an estimated 18 million people misused such medications at least once in the previous year. The number of drug overdose deaths decreased by 4% from 2017 to 2018. More than 67,000 people died from drug overdoses in 2018 in the United States and of those deaths, almost 70% involved prescription opioids.