Addiction and the Brain PT. 1

For centuries humans have been using mind-altering substances. Substances have offered a variety of effects including pain relief, pleasure, mystical insight, escape, relaxation, stimulation, as well as a social and spiritual connection. It has been said that the drive for intoxication is as powerful as the innate drive of hunger, thirst, and sex.

Studies have shown that drug and alcohol use creates abnormalities in the brain. Drugs and alcohol can also have an effect on what we call brain plasticity. Plasticity in this context is the ability of cells to remember. Children and teens are particularly sensitive to changes in brain plasticity as a result of drug or alcohol use. The good news is that research in this area is helping us understand how to reverse the damage.

DRUGS AND THE BRAIN

The brain consists of billions of cells called neurons. To send a message, a neuron releases what’s called a neurotransmitter, think of a key, into the synapse, the gap between one cell and the next. This key crosses the gap and attaches to the receptors on the receiving neuron, like a key into a lock. This causes a change in the receiving cell. Once this exchange happens, that key is typically recycled to be used again when called for. A good example of how this works is when we experience an enjoyable event a key, called dopamine, is released and that unlocks a feeling of pleasure and reward. Eventually, we begin to associate that event or action with this pleasurable feeling.

When drugs or alcohol enter the brain they disrupt how this exchange happens. Let’s look at the dopamine example again and add cocaine to the scenario. Cocaine blocks the normal recycling process that happens once the neurotransmitters (keys) have done their job. Instead of being recycled, dopamine builds up and that’s what causes the extreme pleasure experienced when doing cocaine. As with anything in nature, there must be balance. With extreme pleasure comes an extreme low and the only way to experience that extreme pleasure again is to do more of the drug. This lays the foundation for addiction to take hold. Different substances affect the brain differently, however they all disrupt how the brain functions naturally. Scientific research has shown that addiction is a disease that affects both the brain and behaviour.

There are four main parts of the brain that are affected by drug and alcohol use:

Basal Ganglia AKA The Pleasure Center
The part of the brain that motivates us to engage in healthy activities that promote the survival of our species such as eating, sex, and socializing. Drugs stimulate this area and cause us to feel happy. Over time, if you use drugs or alcohol a lot, it can become difficult to feel pleasure from anything other than the drug.

Extended Amygdala AKA The Threat Detector
This is the part of the brain involved in us feeling stressed and irritable. When misusing drugs and alcohol, this part of the brain can become very sensitive. When your body becomes used to a certain amount of drug usage and then you stop, the extended amygdala makes you feel a lot of negative emotions, so some people may end up using again just to get rid of this feeling.

Prefrontal Cortex AKA The Control Center
The cortex helps us think, make decisions, and have control over our actions. Therefore when we misuse drugs or alcohol it can become harder to think, make good decisions and control ourselves.

Brain Stem AKA The Relay Center
This is responsible for regulating many basic bodily functions. Some drugs like heroin affect the brain stem which controls heart rate and breathing. If we use too much these can become dangerously slow or even stop.

WHY IS IT HARD TO STOP DRINKING OR USING?

When we use drugs and/or alcohol, dopamine is released in the basal ganglia AKA the pleasure center in large amounts. The receiving neurons adapt by reducing the number of receptors. However, this also means that we receive less pleasure from everyday activities that used to make us feel good, like eating, sex and socializing. If we continue to abstain from drugs and or alcohol, the receptors will return to their former levels over time. This is why it is important to understand that you may feel worse during rehab than you did before you started misusing drugs or alcohol, but that over time, you will feel more pleasure from daily activities. 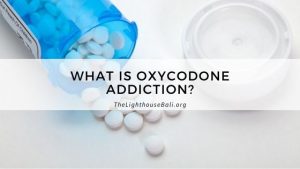 What Is Oxycodone Addiction?

Oxycodone, as found in OxyContin, Roxicodone or Percocet, is a powerful opioid painkiller. It is one of the most commonly abused prescription drugs in the United States (2019 Government Health Statistics) and many other countries around the world.
Many people who abuse oxycodone start out taking a prescribed amount—but as their body develops a tolerance to the drug, they need a higher dose to maintain the same relief or high.
The transition from use to abuse to addiction can be a quick and dangerous road. Oxycodone is a powerful drug and offers much-needed relief to many people struggling with painful or terminal conditions; as such, it can be hard to stay in control.
Oxycodone addiction is a very serious condition – not only is it an expensive and debilitating addiction, overdose from oxycodone is a very real—and potentially deadly—possibility. 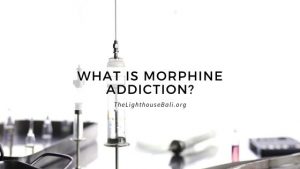 What Is Morphine Addiction?

Morphine is an opiate drug prescribed by a physician to relieve severe pain. Morphine takes its name from Morpheus, the Greek god of dreams, due to its euphoric properties which are often described by users as a dreamlike state. The drug can be taken in the form of a tablet, syrup, injection or smoked.
Morphine has the potential to be highly addictive, as tolerance to it develops rapidly. In the United States, morphine is listed as a Schedule II drug that is used to treat moderate, severe, and chronic pain. It is also used for pain relief after major surgeries, treatment for cancer-related pain, and shortness of breath at the end of a patient’s life. 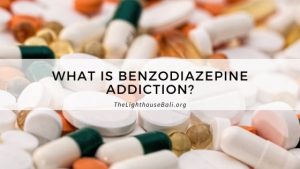 What Is Benzodiazepine Addiction?

Ketamine has hallucinogenic and sedating effects, which produce an out of body experience (dissociative) in which the user feels detached from themselves and reality. A ketamine user’s perceptions of sight and sound can often be distorted, making it difficult for them to move. For this reason, and because it is odourless and colourless, it has been used as a ‘date rape’ drug. In some extreme cases users have reported feeling a ‘near death’ experience while others have experienced feelings of ‘complete bliss’.